I woke up realizing it was Monday...my day that I work (I love my job...it's just the being away from the family bit that I don't like...)
As I was leaving (5 min late) I realized there was a hard frost and I'd need to scrape and preheat the car.
Then, as I was coming back in to get the scraper, Hubby called me up to the bathroom...it happens that Darling C. got another tick on her...
Then when I got home after my first client, I had to do a load of laundry and found our dear little kitty in a pool of his own bodily fluids, convulsing...
(Hubby took an emergency trip to the vets...)
And then, when I went to see my next client, I remembered that I forgot to pack my library books that were due and I would need to make a separate trip to the library to return them...
And the punches kept on coming...
We ended up having to put our cat to sleep.  The kids were so brave.  So strong.
Little Mr. Jingles reached out to W. and put his paw in W.'s little hand.
C. held it too.
After everything had happened, we went out into the night.
One star was shining...Just one.
W. then said the most touching thing.
How is it that Mr. Jingle's body is here in your arms mommy, but he is up there watching me...that star is him you know. 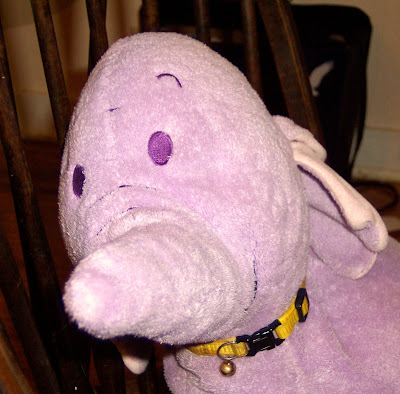 
"But my mom says some days are like that...even in Australia."
Posted by City Sister at 6:47 AM