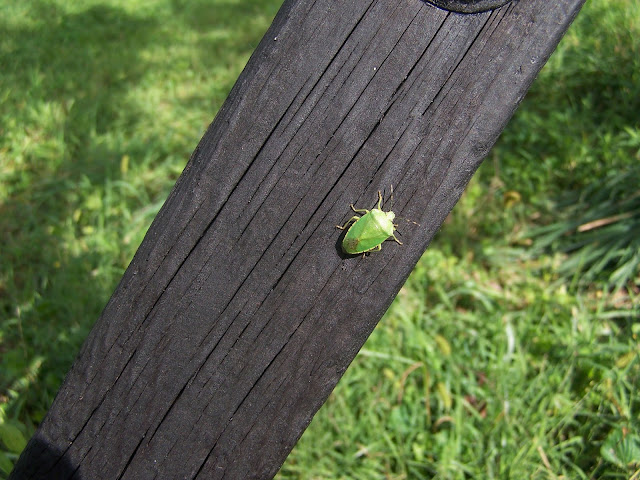 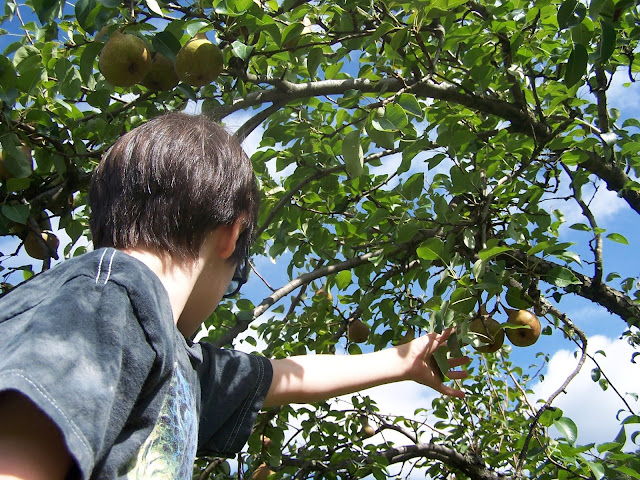 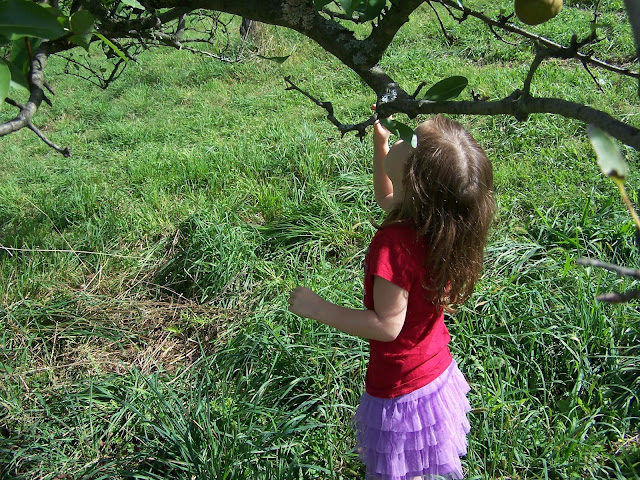 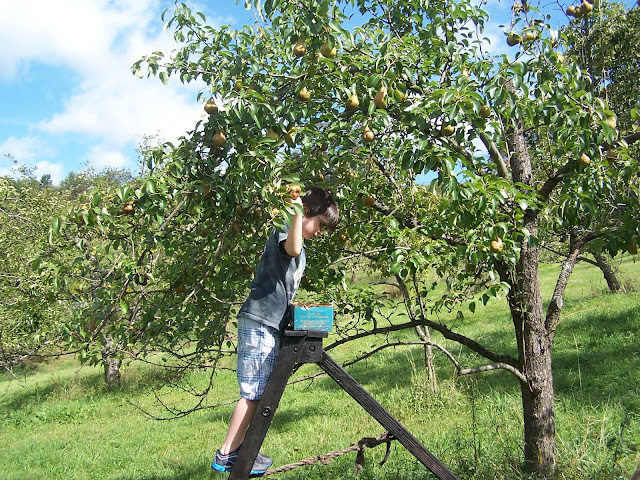 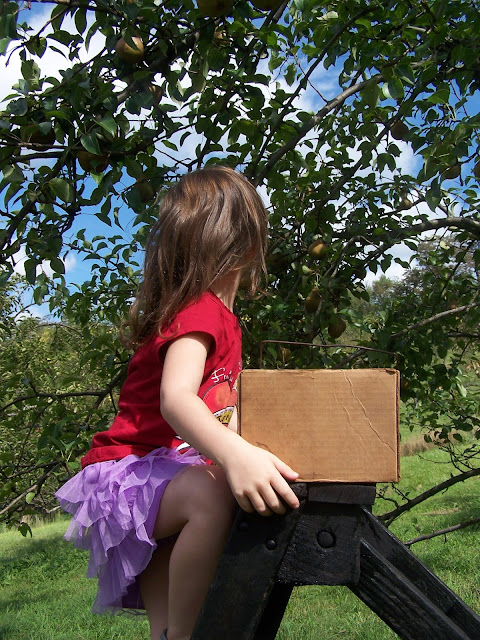 Normally every year about this time, we go apple picking and buy bushels of apples from a local farmer to make a year's supply of applesauce.  Applesauce was the wintertime fruit of choice when we didn't have fresh fruit from our own yard.  Now, with my crazy issues, I have to turn to another option.  Pears are much lower in acid and are a viable fruit option, but I have always hated pears due to their texture.  Now, since it is one of my few options for fruit, they are a must. I have noticed that when you don't eat fruit, bad things happen such as leg pain followed my general muscle and joint pain.  Not good. So I went to my favorite handy dandy website pickyourown.org and found a new orchard listing that was close by and used integrated pest management and no chemicals.

Most local places around here have only apples in a carnival like atmosphere with lots of kids being semi supervised by moms on their phones with the perfect manicure that cannot be tarnished by apple picking and fancy boots that have heels and impractical for the hike to the apples, while doling out highly processed single serve organic junk food.  Not my scene.

This place was different.  I called ahead to confirm that they had pears for picking.  I spoke with the farmer who said they did, but didn't have apples yet.  I was fine with that and we made plans to be there around 11:00.  He said he'd keep an eye out for us.  Pulling in, the kids were in awe.  Acres of fruit trees filled a hill side down from the farm house.  We went to the rickety barn where the farmer was repairing some equipment.  He gave us some baskets and took us over to a pear tree he had set up for us to pick.  A tripod ladder was set up under a branch laden with rusty brown fruit.  He showed us the proper way to move the ladder for safety and then went back to his equipment.  The kids took turns climbing the tree, picking 6 pears and then sitting under the tree while the other took their turn.

W. would pick up a drop, find a nice section of it and start eating.  C. was determined to be the best pear picker and get the most perfect ones ever.  She was also trying to put the word "pear/pair/pare" as many times as possible in a sentence without being redundant (she came up with "I pick a pair of pears to pare in pairs.")  When the baskets were full, we trudged back up the hill and began the weighing and transfer to our bags process.

It was a fun process.  The farmer and I discussed processing methods, shelf ripening vs. tree ripening, varieties and when they will be available, the government, and how the farm came to be.  Apparently, his father was a farmer who had an off farm job.  The father passed away last year and he decided to buy the farm from his sisters, retire early, and become a full time farmer.  He said he was too busy to make it a tourist trap farm like many of the local farms, but if someone wanted to come and pick, that's fine...if they want him to pick for them, that's fine too. But it is a working farm, and he's glad to be there.

And what I will be doing with these pears (all 15 pounds this trip) will be another story for another day when the pairs of pears ripen on the shelf and I can pare them, in pairs.

Linked to Simple Lives Thursday
Posted by City Sister at 9:29 AM No comments: