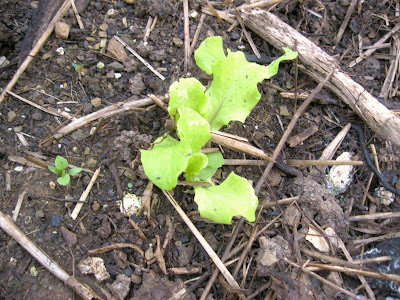 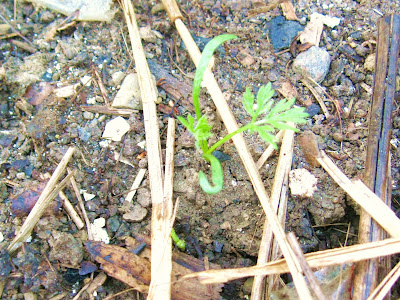 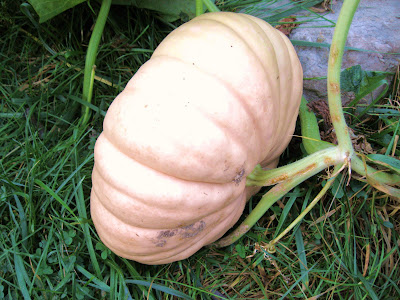 The fall garden is in and the squash starting to tell me as well...
It's almost fall.
Even though it is well over 80 by mid day,
the early mornings and late evenings are getting cooler and the night...
well, I need a blanket (but then again, any temp under 60 I need one.)
The fall lettuce started to grow almost moments after placing it in the ground.
As did the carrots...they know they need more time to store starches for the winter.
They must know it's getting cooler, but the fall spinach is a bit more hesitant.
It requires fall rainstorms with chilled reassurance to begin growing.
On the days we don't get the late summer rainstorm in the evening,
I go out with the hose and cool them off myself.
Trying to fool nature...
My next task is to enter my August numbers for harvest.
I've gotten a few large long pie squash,
a few tomatoes,
beans...I love the beans.
Lightly steamed so they are still crunchy,
sauteed with a little garlic,
raw out of the garden.
It doesn't matter to me.
We've also been getting the dried green beans for next year's garden.
Alongside the Provider beans, there must have been some other variety for one or two beans in the packet.
One or two plants grew that were not provider...but rather a large flat pod that had dark, navy bean type seeds inside.  I am saving them too as they bloomed a bit before the provider.
They'd make a nice dried bean I think...they are so pretty.
As with my squash, I have 4 varieties going...due to cross pollination, I cannot save their seeds for next year.
But I did save some seeds from the packets for next year.
I'm going to have a taste testing and decide what is going in the garden next year.
I love having the ability to start next year from this year's bounty.
It's how it should be.
Are you forgoing some of this year's harvest in order to save for next year?