Week two of the stash buster/ no cast on rule

I made a bet with myself.
I would not cast on until everything was bound off.
And only one thing can be cast on at a time.
And I am keeping up with this rule.
I also made another rule.
No buying new yarn until I have used up my current supply.
From when I first started knitting again a few years ago, I had a bunch of cotton.

Now I have this: 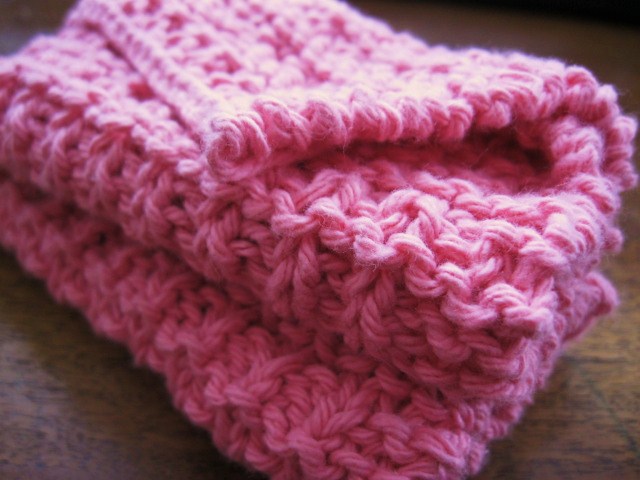 The pattern is so simple
Cast on an even number of stitches
Row 1+2 Knit
Row 3+4 K2, *K1,P1* until the last 2 stitches, K2 (repeat between the *)
Repeat knitting the set of four rows until you get it the size you want.
Bind off and weave in the ends.

I have another on the sticks in black which I plan to make into a dishtowel with a loop.

I found this on ravelry, but have no idea where...I just kind of memorized the pattern (which isn't too hard.)

I love the texture, I think it will be very scrubby.

I also have been reading more about cable knitting and color work...trying it out on scraps, but not really doing anything big yet.  It mostly is a lot of frogging and redoing until I feel I have the concept down.

In the meantime, I've been listening to lots of reading.
I mentioned that bedtime has changed for my boy.
Instead of tucking him in, he tucks me in my bed, reads me a story, gives me a hug and kiss, and then goes to his room to read until he falls asleep.  I find this one of the many benefits of homeschooling.  If he stays up late, he can sleep in, in the morning.  He doesn't need to get up in the morning, he just needs to get his work done during the day. 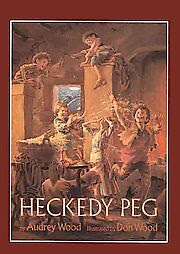 He has gotten into the authors Wood and Wood.  His favorites include the Napping House, Heckedy Peg, and King Bidgood's in the Bathtub.  The dark artistry of the latter two especially have interested me since I was little, and I'm glad he's found it interesting too.

linking with ginny and nicole