Mistake #1:  We waited too long to go pick out our pumpkins.
Mistake #2:   We let too much time go by before we decided to carve the pumpkins.  #3's rot spot got huge and we couldn't salvage it. 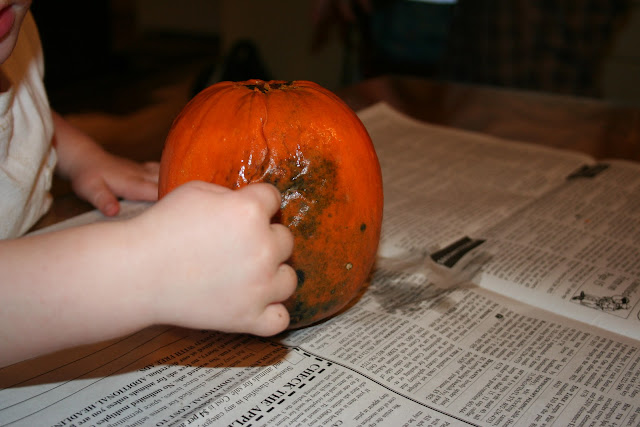 After J cut out the rot spot, all we had left was a little half circle pumpkin with no top or side.  So, we decided to make it sound cool and told #3 it was a bat cave!!!  We used part of another pumpkin and made a bat (terrible looking bat) and here we have it!  #3 loved it! 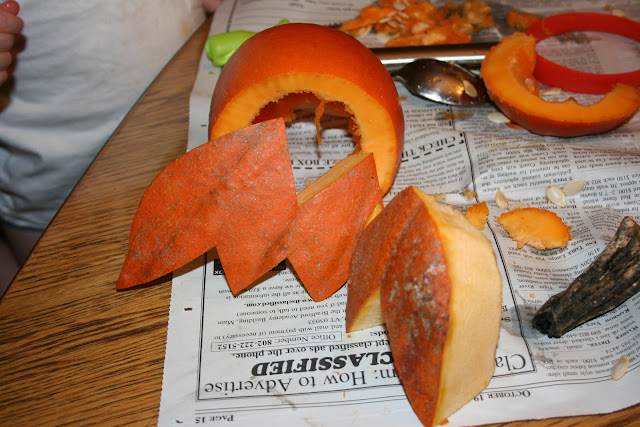 #1 took a permanent marker and drew out her face!  I think she was more excited about the fact that I let her use a permanent marker than she was about doing pumpkins!  She felt extra grown up too because she was the only one that could at least make an attempt to cut her own (with supervision, and of course, with one of those dull pumpkin-carving-kit "knives").  Although she felt like a big kid, she quickly gave up and had Daddy finish for her!  Have you ever tried carving with one of those knives?  Most of the time, they snap in half after the first insertion!
Here is her Mr. Pumpkin with his silly little smirk! 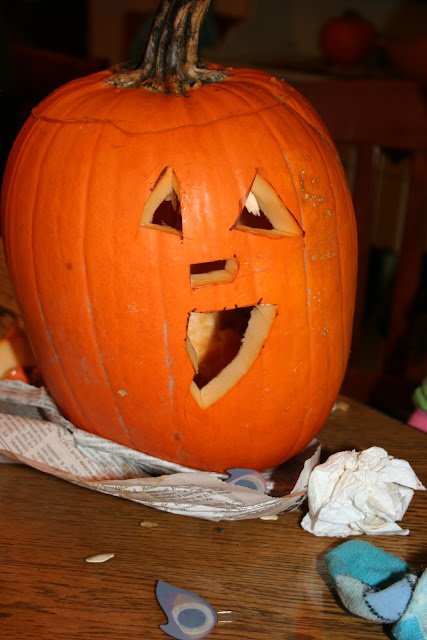 #2 drew all over hers with the same marker!  She didn't want us to cut anything out.  She just wanted to put the silly eyes on.  This was just perfect!  She loved it! 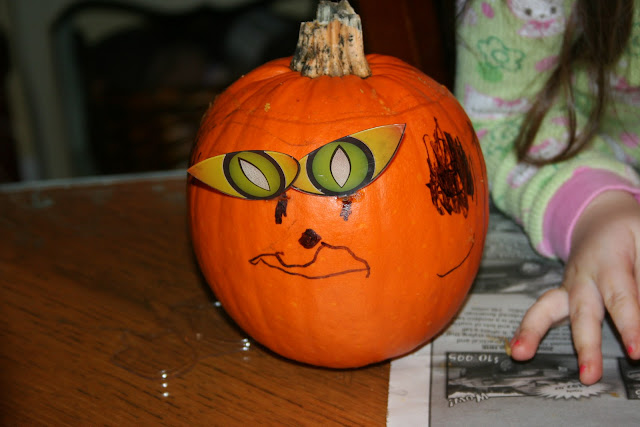 Here is our little family of pumpkins waiting for treat seekers on Halloween night!  We didn't get any. 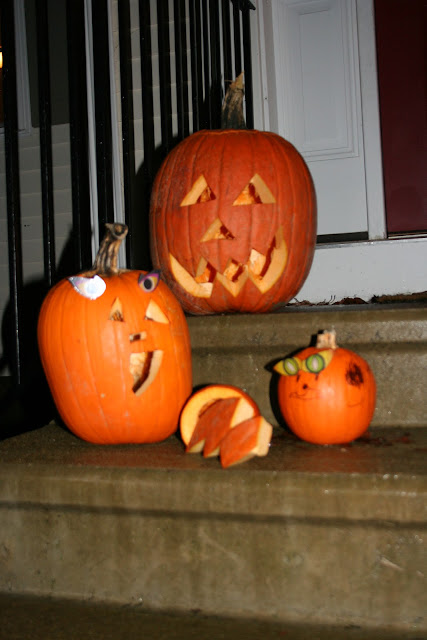 Note to self:  Get pumpkins earlier next year so that #3 can have a better chance at having a cool looking pumpkin!  It would also be nice to carve them at least week or two before the actual holiday.  Not the night before.
Posted by Busy Mommypants at 5:46 AM