Living in the burbs, there are a few things that you should always consider.

#1 You have neighbors...Lots of neighbors.
#2 They are for the most part nosy neighbors.

So when one Saturday morning a few weeks ago I began digging a hole in the garden, I began getting questions.  Mind you, it was a hole about 5 feet long, 3 feet wide, and 1 foot deep.  The first were from the husband.

"Did the dog die last night?"- not an uncommon question as he passes gas so bad we often think he is rotting inside.
"OK...dog's alive...are you planning on killing me and burying me in the garden because you need fertilizer?"

The neighbor and her boyfriend (ages 80 something) kept a close watch sitting on the back porch.

One would think that I would have time to take a picture of this hole, but I didn't.

I made some calls to some numbers I found on Craig's list, but none of them could come through...that's why the hole remained open to the public's view.

So now that the weather is changing, I was able to muck out the chicken coop that I'd been dreading mucking.  I even sent the kids and their friends on a quest for leaves for the nesting boxes.  Chickens prefer pine needles over leaves...go figure.  (No child labor was involved in the actual mucking...that was done prior to kids and friend's play date...they were just looking for needles and leaves.)

Normally, I would muck the chicken coop into the compost heap, but this year I had a different plan. 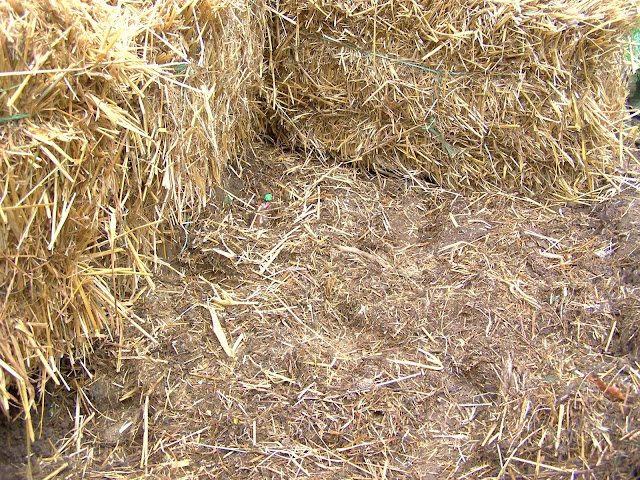 I wanted hot cow/horse manure (hence the Craig's list calls)...since it is quite hot and steamy I hear.  But when I asked about what they fed the animals, or managed disease in their herd, I didn't want what they had to offer.  I am a purist when it comes to what I'll put in my garden.    The chicken manure I have isn't quite as hot right now since I deep litter and it had partially composted in the coop.  Instead I put it in the hole.  It looked dry, and in order to properly get compost going, one must wet it to the moisture level of a moist sponge.  I thought about getting the hose out, but instead the skies opened up.


Now, why would one put hot manure right into their garden?  Won't that burn your roots, give you horrible diseases, be gross (insert question here)?  The answer is, not really, if you are careful.  All along I have been making a hot bed.  I first read about it in the Backyard Homestead, but didn't have the time or energy to put much thought into it at that time.

Then about a month ago, the Tribune Review wrote an article about a hot bed, and that got me thinking.  For  less than the cost of lettuce (shipped across the country) for the winter, I could grow my own.  I could keep my chard going and maybe some spinach too, since fall grown spinach works best here. 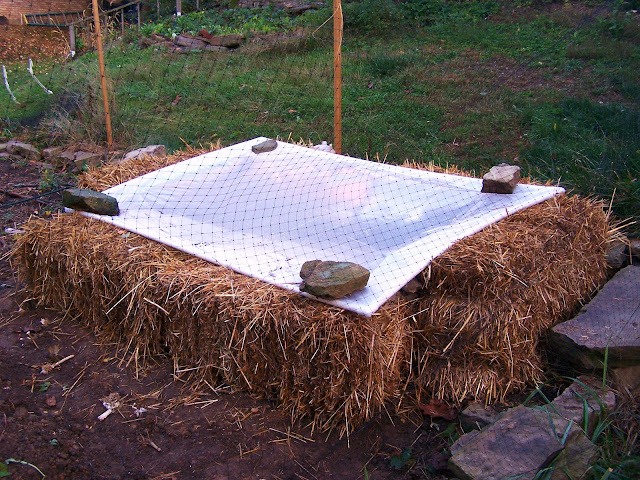 While mine is not as elaborate as hers...I didn't use cinder blocks in my garden...I think it just might work.  I dug the hole, filled it with the chicken litter and let the rain come.  Then I placed straw bales around the hole and back filled the hole with about 6 inches of soil with compost and garden soil from the original digging of the hole.  As the chicken litter decomposes, it will release heat and sink down.  The heat will keep the soil warm and help the veggies grow.  A greenhouse-esque top will be put on top to help retain heat and build solar heat in the bed.  The bales are angled to make the lid of the hot bed face south with an angle (30 degrees is optimal)  to maximize the solar angle of winter in the northern hemisphere. 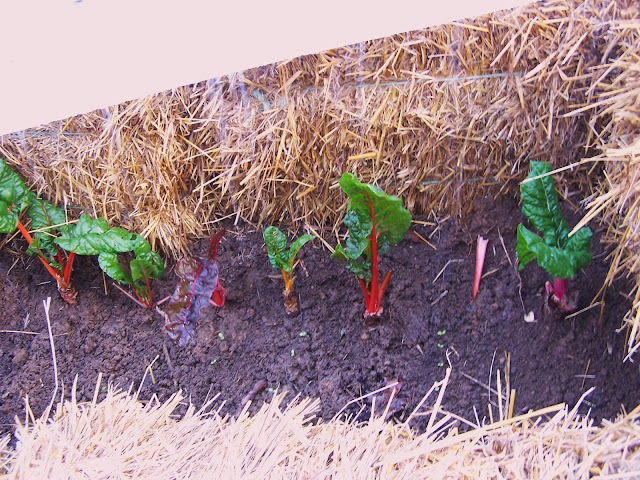 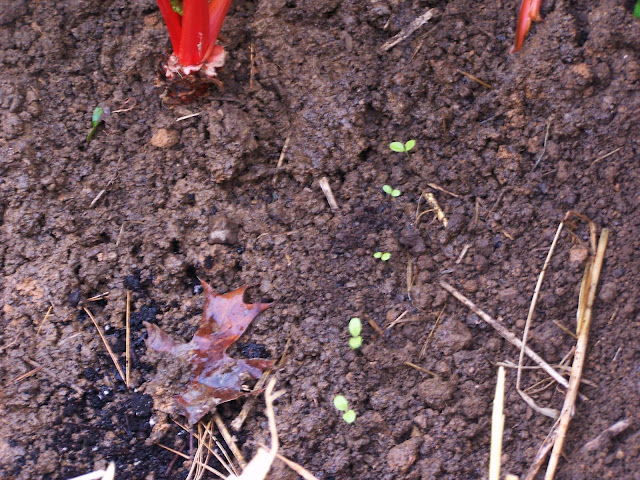 Since this area will be very rich and deeply loose, after 180 (I'm not counting, but about 6 months) days of decomposing, carrots will be planted.  This length of time is used due to the depth of which the carrots will be growing.  I don't want to burn any root crops or risk disease.  It takes about 6 months for the pathogens and all to break down.

As for the bales of straw...mulch...chicken coop litter...the garden says "yum!"

Let's see how this goes!

By the way...it cost me $18 for the plastic and pipes...(drop cloth from the paint dept and 1 inch plumbing pipe) and $30 for the straw, which will be mulch and chicken coop lining in the spring...so it's something I could use anyway...so I need to grow $48 worth of greens this winter or about 10 lbs...lets see what happens!

Do you do anything to extend your season?

I'd love to hear your ideas!

Linked to the homestead barnhop and simple lives Thursday
Posted by City Sister at 11:37 AM