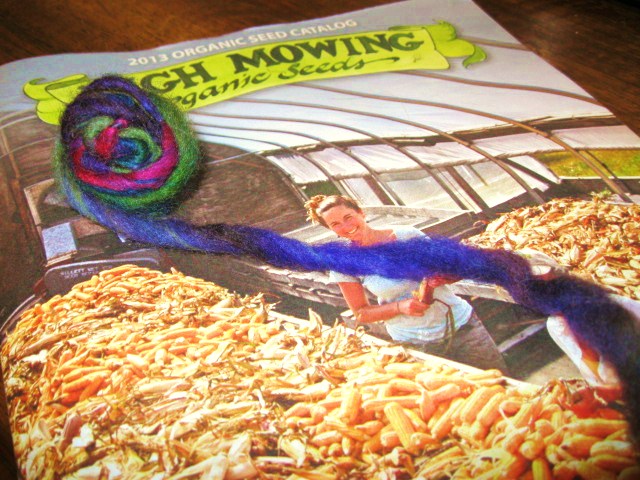 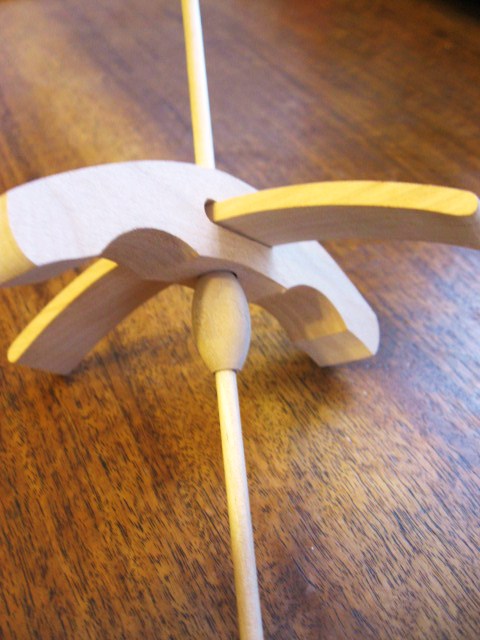 I broke out the drop spindle that I got for Christmas...last year.  I kept meaning to work with it sooner, but found it didn't look like most drop spindles that I had ever seen before.  That's because mine was a Turkish Spindle...one that creates a center pull ball right off the spindle.  I watched youtube videos that were the most recommended...which made me think that the yarn somehow was supposed to wind itself...amazing I thought.  Then when I tried...nothing nada...zilch...except over wound yarn.  So I went to knitpicks and looked at their tutorial (non-video) which made me realize that I had to be the one doing the winding...duh...

So, while teaching about doubling consonants when adding -ed...and about r controlled vowels and how car doesn't have an o for a vowel (like it sounds when you are sounding it out slowly) I began spinning...and spinning...and spinning some more.  I'm thinking that I can work on drop spindle until I get my grandmother's spinning wheel up and going.  It looks like the wheel needs to be fixed a bit and the bobbin has a crack that lets the string jump off (that's my not so expert opinion...)

As for reading...that good old garden reading...the seed catalog.  I'm still thinking about last year and what worked/didn't work and have ideas for next year that are brewing.

joining with ginny and nichole